Head Movement in Golf Swing: Should Your Head Move During the Golf Swing? 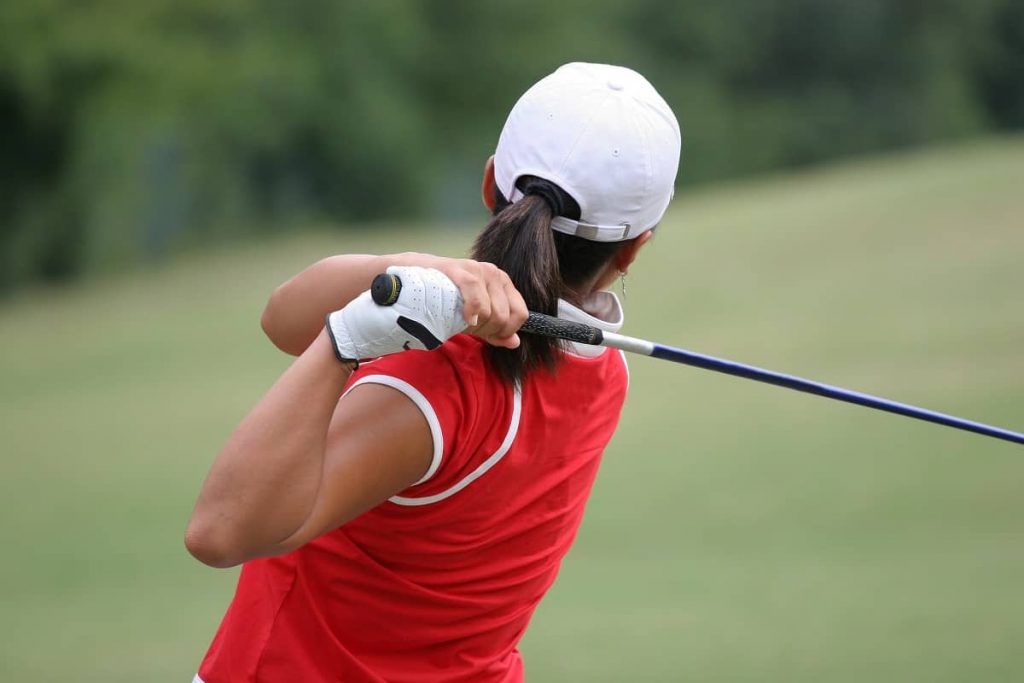 How important is a lack of head movement in your golf swing? Very important.

At one point or another, every golfer has been told by their trainers to ‘keep their head still,’ and most don’t understand the biomechanical logic for these frequently given words of advice. This article will discuss the importance and advantages of proper head movement for skilled golfing.

The backswing and the downswing complete the entire golf swing. As a player, you should move your head a very minimal amount for both of these swings. The head movement should be confined both in degree and direction to avoid overstepping, which many players do, and this interferes with their swing.

As a golfer, if you know the biomechanics involved with the full golf swing, it’ll be a lot easier to apply upright head movements in response to the upper body for efficient golfing.

Head Movement and the Backswing

When performing the backswing, you will also realize that the head doesn’t lift up but, instead, turns horizontally. The spinning of the head primarily occurs at the joint between the first and second cervical vertebrae (the atlas and the axis). It also doesn’t necessarily indicate a complete tilting or rotation of the remaining length of your cervical spine.

You’ll also notice that golf players have to create a potential for high club head speed at impact during the backswing. The aim is to get the club moving as fast and quickly as possible by the time it reaches the ball. To achieve this, the backswing has to synchronize with the body turn and the rotation of various parts — most importantly the head, shoulders, and hips.

Grander hip and thoracic rotation suggest that your back muscles, all the way up to the neck, are lengthened, meaning that you have the capacity to contract and quickly shorten your muscles during the downswing as you deliver the club to the golf ball.

It’s advised that, as long as the player’s crown stays as level as possible from the start to finish of both swings regardless of the head’s lateral movement, the swing will be unspoiled. This way you will ensure a consistent spine angle and an unwavering clubhead path, and you will find it easier to deliver the perfect stroke.

Conversely, trying too hard to keep the head immobile creates tension in the shoulders and the neck, which creates a less powerful backswing. Experts, however, instruct that you remain as free as possible, as the head will naturally move slightly right on the backswing and left on the downswing in response to your shoulders.

Head Movement and the Downswing

You might think that one bad body movement can cause the same bad strokes over and over again. That’s not the case, as you can behave differently each time you start the downswing. For instance, if you put your head and shoulders in a bad posture as you turn for the backswing, the overturning action pulls your hips too far backward, overloading the weight on your right foot, causing an overpowered shot.

During the downswing, your head/face should not get ahead of the upper swing center at any point. It should be noted that, although the head moves by a small degree towards the left in the downswing due to shoulder and body movement, it still maintains a stationary pose in regard to your neck from a left-right perspective. It’s not your head that moves, rather the lower part of the neck that’s connected to your spine, which connects to the ‘upper swing center’ instead.

Take a professional golfer, say Tiger Woods, and you’ll notice that he wheels his head towards the right during his backswing so that he turns his shoulder fully and keeps his upper swing center from moving forward when swinging down. His head likewise drops during the downswing. Also, note that Tiger Woods’ extreme head-dropping technique is not a disadvantage to him, as it doesn’t interfere with the position of his upper swing center at any point.

In a nutshell, balance is the key and don’t move the upper part of your neck (upper swing center) when turning for a stroke. Instead, rotate the chest and neck in that axis.

An amateur golfer has to learn how to keep their head still from a left-right perspective for completely smooth golf swings. However, it’s perfectly okay if your head rotates in a horizontal direction or drops down slightly for the downswing. Just ensure the left side of the head facing the ground does not come close to the ball and the upper swing center remains unmoved.

Again, head movement and position greatly depend on the player. As long as you have the capacity to deal with the inflexibility or rotation of the head and still maintain the balance to swing and shoot, you’re good to go.